''Mentoring is a brain to pick, an ear to listen and a push to the right direction".
John C. Crosby


Maybe some of you are still confused about the topic of our new article. Maybe our intentions are still not so obvious from the title and the quotes in the introduction; however, keep on reading and everything will make sense to you after all.

Writing this article, we will try to offer you an overall view about the meaning and importance of mentorship, as well as the challenges that someone can face dealing with it. We would like to make this article easily approachable and understandable to everyone who will devote some time to read it.


The origin of "Mentorship"


Some of you maybe are quite familiar with this term, some others have heard the word but you may not feel comfortable to describe its’ meaning and some others, maybe most of you, are not familiar at all. Let’s start by trying to give a definition of the word mentorship. We could say that it derives from the combination of two words, “mentor” and “relationship”. Does “Mentor” mean anything to you? If you are fans of ancient Greek mythology you may have come across with this word. Actually “Mentor” is a name, a man’s name. In the Odyssey, Mentor  was the son of Alcimus. In his old age Mentor was a friend of Odysseus who placed Mentor in charge of his son Telemachus, and of Odysseus' palace, when Odysseus left for the Trojan War.

When Athena, the goddess of wisdom, visited Telemachus she took the disguise of Mentor to hide herself from the suitors of Telemachus's mother, Penelope.  As Mentor, the goddess encouraged Telemachus to stand up against the suitors and go abroad to find out what happened to his father. When Odysseus returned to Ithaca, Athena appeared briefly in the form of Mentor again at Odysseus' palace.

Because of Mentor's relationship with Telemachus, and the disguised Athena's encouragement and practical plans for dealing with personal dilemmas, the personal name Mentor has been adopted in English as a term meaning of someone who imparts wisdom to and shares knowledge with a less experienced colleague.

The above myth can be the best example for someone who wants to have a first clue about mentorship. 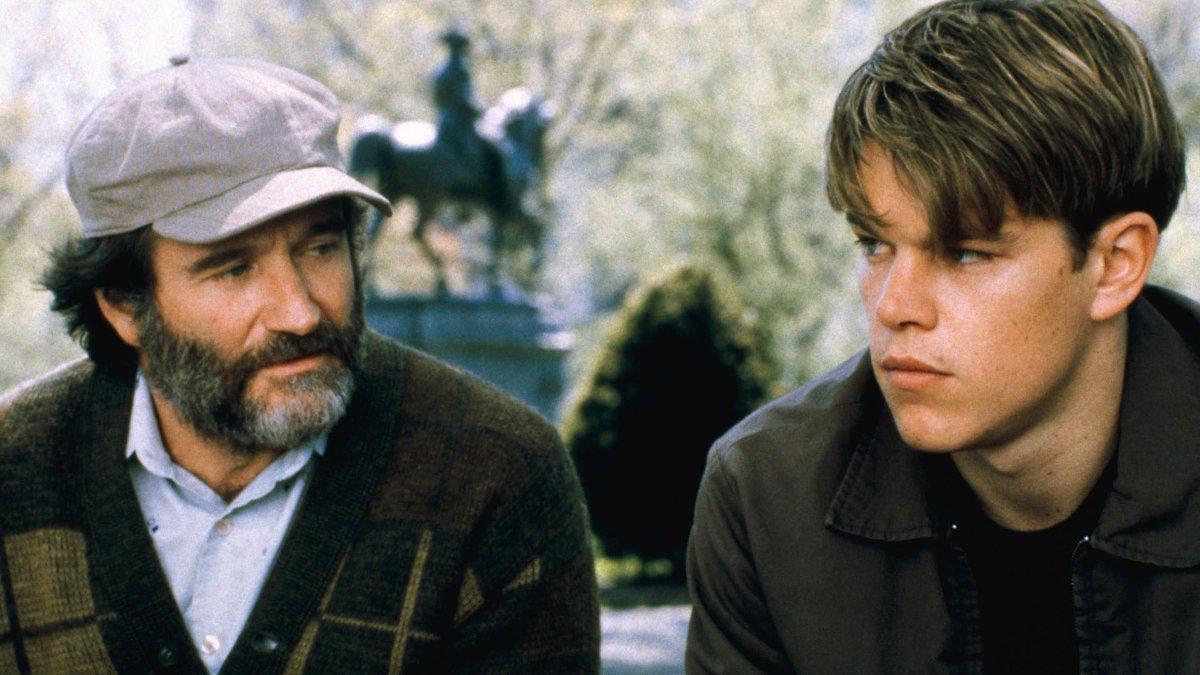 So, we have a young and unexperienced person (Telemachus), an old wise person (Athena as disguise of Mentor) and a relationship of supervision and guidance  that developed between them.
After taking into consideration the above-mentioned references we are able now to give an overall definition about mentorship and more particularly about the process of it, mentoring.

Mentoring is often defined as a sustained relationship between a young person (mentee) and an adult (mentor) in which the adult provides the young person with support, guidance and assistance. It is a learning and development partnership between someone with experience and someone who wants to learn. Through the informal transmission of knowledge, social capital, and psychosocial support, mentors can enhance children’s learning skills, help build their self-esteem and self-control, provide emotional support, advice and guidance.
Once you read the definition, it may come to your mind one or even more people that you have met in your life and they played, in an unofficial way, the role of mentor. Try to remind of people in your life having the above characteristics and impact on your personal development and you will realize that quite possible you have already been part of a mentoring process. As we said before, mentorship is a human relationship with its own needs, expectations and rules. Maybe the most crucial factor of a successful mentorship is building and supporting this personal interaction.

The importance of mentorship

Young people, and especially teenagers, where personality and identity is still not well formed, can be a really challenging group of people for someone to deal with. In order for the mentee to take advantage out of the process of mentoring, the relationship has to be characterized by mutuality, trust and empathy. Frequent contact and spending time together on a consistent basis over some significant period of time is very crucial for the developing of an effective and reliable relationship. The mentee has to feel safe in order to trust the person next to him/her and start sharing personal needs, problems and feelings. Dissapointment or any negative feeling during this early phase of mentoring can be devastating for the continue, but also after the end of the mentoring process.

Moreover, the personal, parental and social background of the mentee has to be taken into consideration. Mentorship can be based on some common rules and structure, however, since each person is unique then mentoring has to adjust and comfort with the special needs and expectations of each person.

That's why mentors have to adopt a flexible, youth-centered style in which the young person's interests and preferences are emphasized, rather than when they focus on their own expectations for the relationship. It is important for the mentee to feel that he/she is in the middle of the attention, however, it has also to be clear that it doesn't mean that she/he has no responsibilities and limits towards the mentor.

Mentorship plans can really vary in their goals, emphasis and fileds of positive impact. When we talk about youth mentoring (business mentoring differs) then, we first have to realize which can be the possible needs and challenges that a young person may face, especially when we refer to disadvantaged or at-risk youth (violent behavior, alcohol and drugs use).

The emotional and social development has to be a priority. Mentors may help youth to better understand, express and regulate emotions enabling a more effective interaction with others (parents, friends, schoolmates). More specifically, identity and cognitive development is really important during the adolescence phase. Acquiring and refining new thinking skills, raising of self-esteem and self awareness can be some positive results out of this process.

Last but not least, mentoring seems to have positive aspects on the field of mental health and health in general. Mentoring relationships appear to reduce some negative youth behaviors, show promise in the prevention of substance abuse and promotes positive social attitudes and relationships. Especially in cases of problematic behavior (fighting, stealing) mentorship can be beneficial the most. 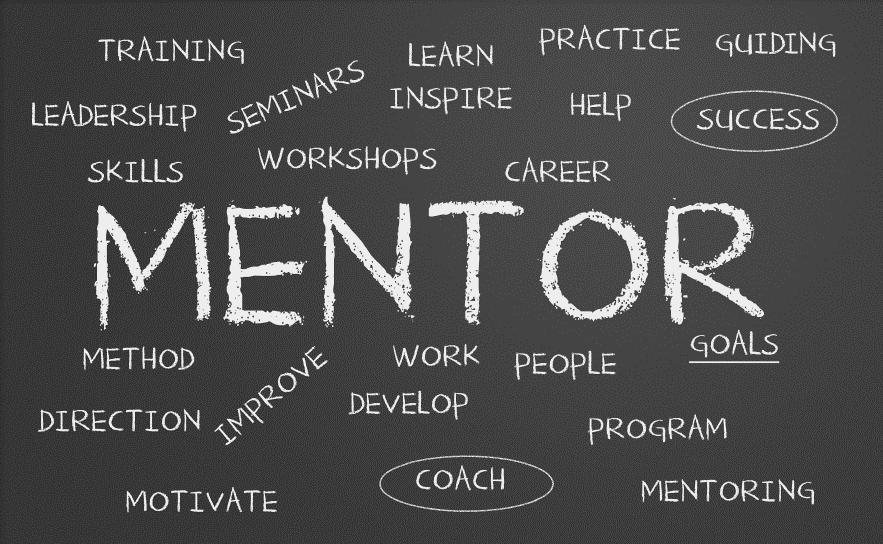 Although, mentorship seems to have obvious benefits on people's life, it doesn't mean that it is an easy and simple procedure that can promise total success. Challenges can be many and sometimes quite difficult dealing with them.


How can we ensure that mentors are capable of building a trustful and committing relationship with their mentees, making them feel comfortable to express feelings and needs? How can we ensure that the relationship will be built in that way, so that the magnitude of the benefits will rise, but also they will remain after the end of mentoring? How can we find out reliable information about the social, personal and parental background of the mentee so that we can act and form the most suitable mentoring plan for him/her? What if we realize that the match between mentor and mentee fails to fulfil the expectations of both sides? How do we have to react in this moment? Some of the challanges that are quite possible to appear in every mentoring process and we have to take them into account before we start planning anything else.

Mentoring programs need structure and planning to facilitate high levels of interaction between young people and their mentors.  Regular supervision, trainings for both mentors and mentees, proactive monitoring, weekly and monthly meetings, flexibility, commitment, even parents’ involvement and of course maintaining the mentee’s enthusiasm can be some effective practises that can ensure as more as possible positive results.

However, we have to keep in mind, that we have to deal with people's feelings and behaviors which can be really unpredictable. No matter how well based and organized is the mentoring plan we are going to apply, we always have to be prepared of paraments that may pop up and we didn’t take them into account before.

At the end, it is exactly this fact of positive impact, that mentorship can have on people’s life, which it may be quite challenging but at the same time it can be the reason that can make someone feel grateful of being part of it.

We are still not even in the middle of the way concerning our survey about mentorship. Day after day we become more consious and well informed about the importance of mentoring. More detailed and updated articles are going to follow and we hope that you will enjoy this ''journey'' with us. 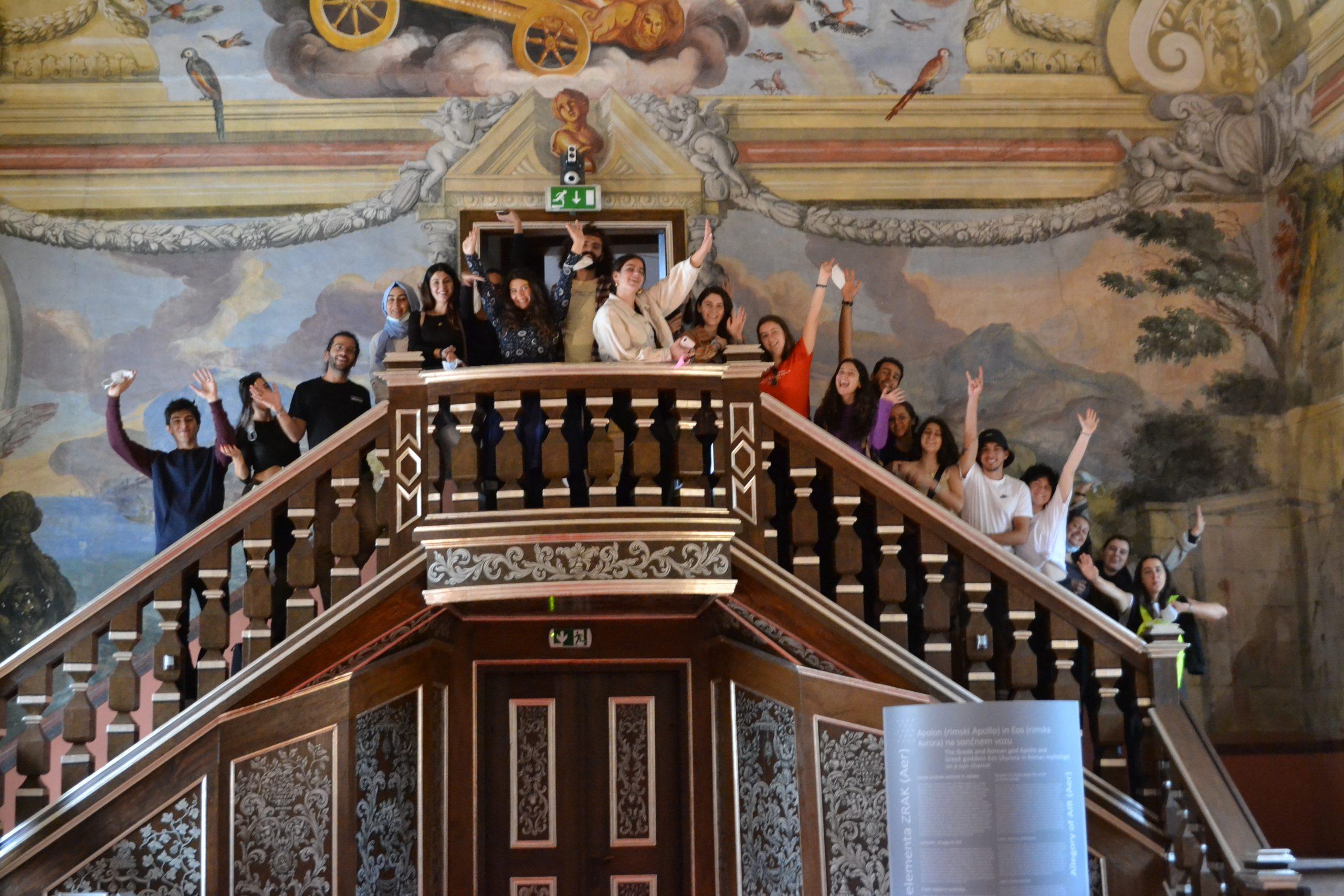 Hearing a lot about the exquisite beauty of Slovenia made me eager to write it down on my “ Must-Visit “ destinations, until the time … 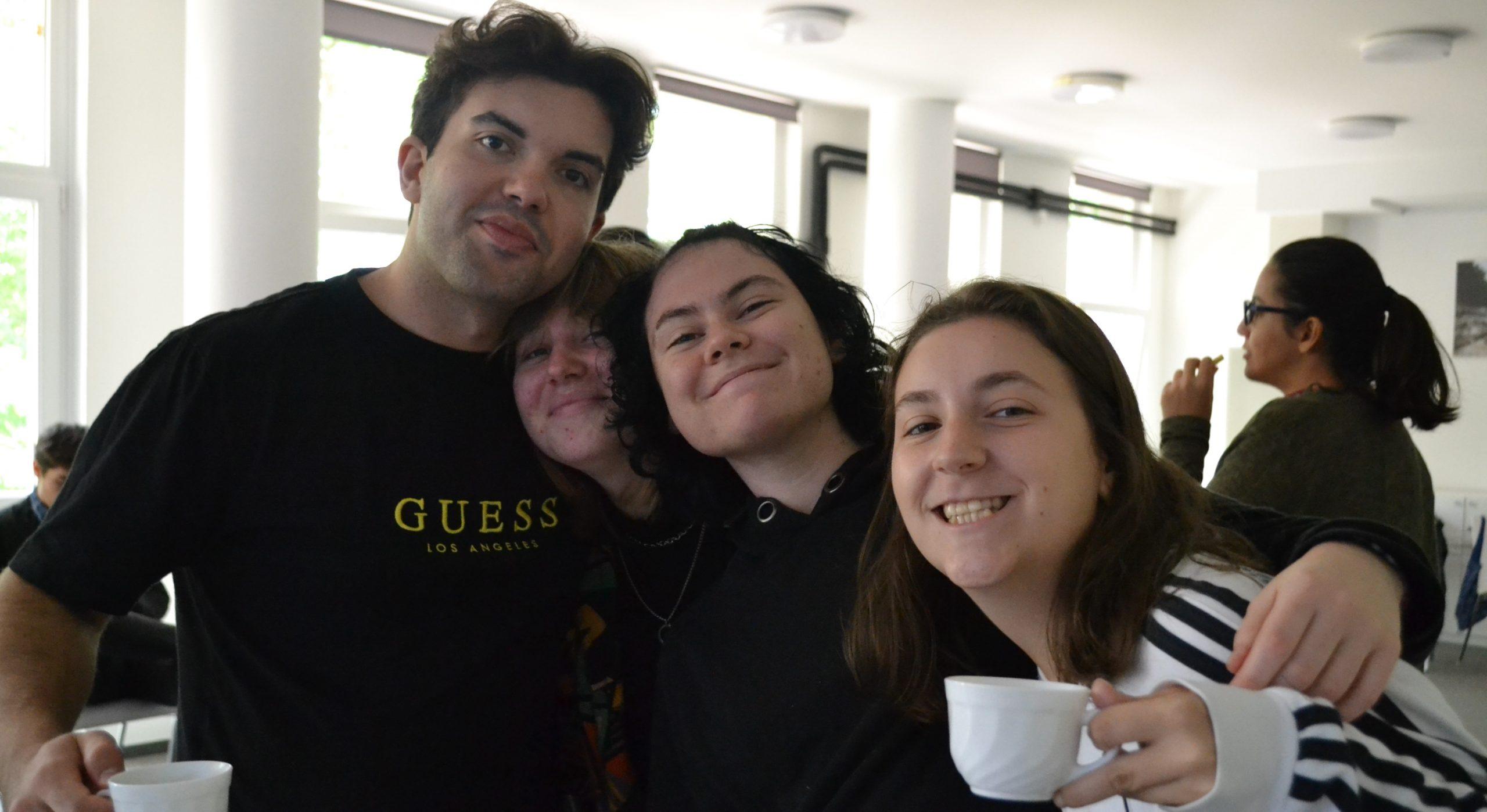 24 September, Friday. Early dawn. Sunrise over the chilly town of Brežice. Half of the Macedonian team, after being left on the highway and walked … 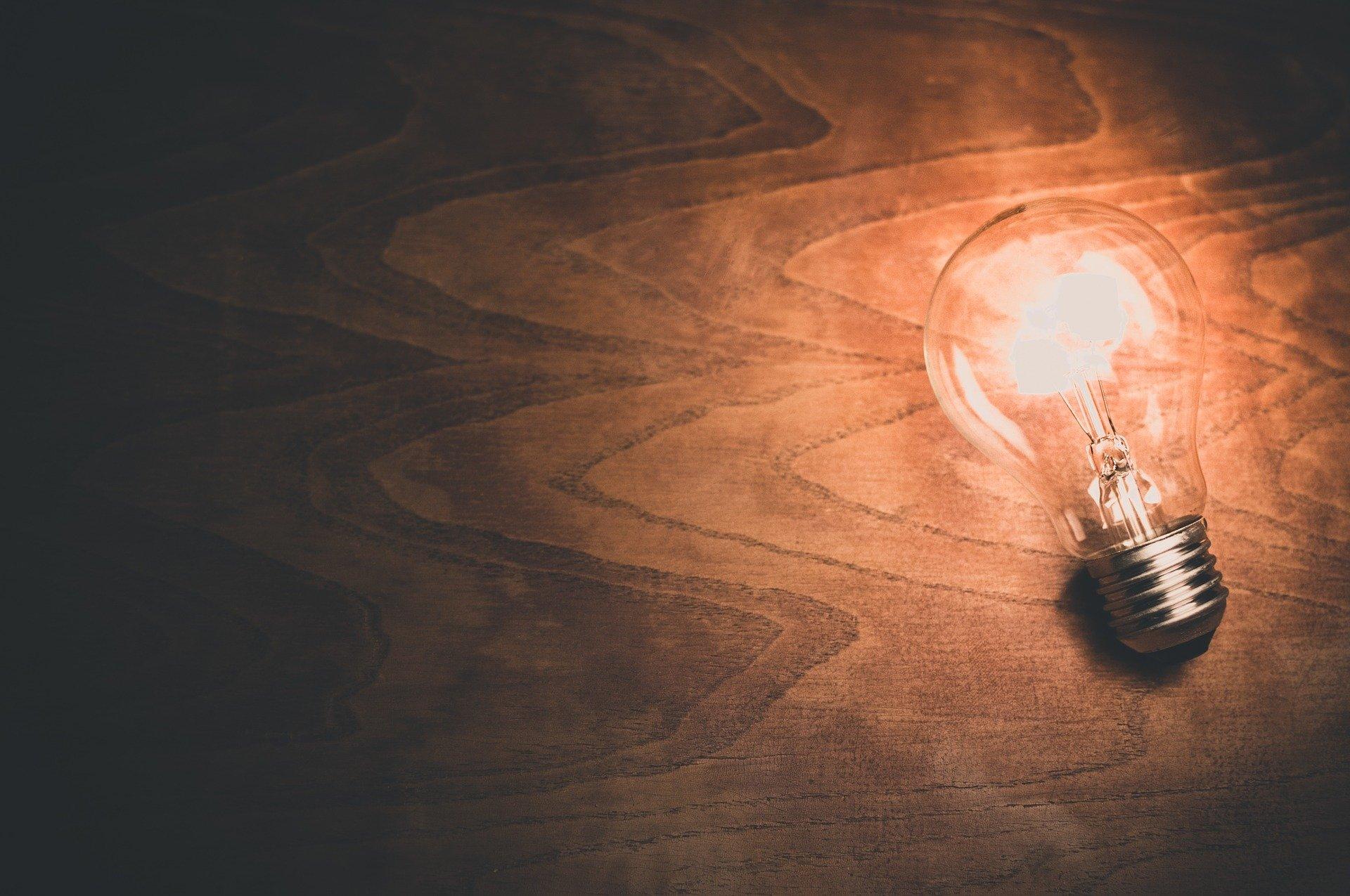